“Bill Poole is one of the most gifted public servants Alabama has seen in many years and his exceptional leadership qualities, and the respect he commands on both sides of the aisle in the Alabama Legislature,  makes him uniquely qualified to serve as Alabama’s next finance director,” Governor Ivey said. “His detailed focus on education funding demonstrates a depth of knowledge in our state’s budget process that few can match and his passion for advancing good public policy gives him an added platform to help me and my administration continue to seek out new solutions to solving many of Alabama’s long-neglected challenges.  I’m more than pleased he agreed, once-again, to serve our state in this new role, and I know he will do a bang-up job.”

Poole is a member of the Alabama House of Representatives and has served as the House Ways and Means education chairman, the committee that oversees the Education Trust Fund (ETF) for the last eight years. The nearly $8 billion budget oversees the funding for K-12 education, community colleges, public universities and various education related agencies and programs. The ETF is the larger of Alabama’s two budgets and handles appropriations for workforce development initiatives as well as tax-credit programs for economic development.  In addition to his duties in the Alabama House of Representatives, Poole also serves as chairman of Innovate Alabama, a statewide commission charged with developing a long-term strategy to expand Alabama’s already robust economy in bold, new ways.

“I am deeply thankful to Governor Kay Ivey for offering to me the opportunity to serve as finance director for the state of Alabama,” Rep. Poole said. “My service in the Alabama House of Representatives has been one of the most rewarding experiences of my life. I extend my sincere thanks to the citizens of House District 63 and the entire Tuscaloosa community for electing and trusting me, and I have always worked hard to honor that trust and fulfill my responsibilities at the highest standard. I also extend my sincere thanks to my colleagues in the Alabama House of Representatives, and particularly my colleagues on the House Ways and Means Education Committee.”

“I am excited to accept this new role and embrace this new challenge, and I will continue to do my very best on behalf of the state of Alabama,” Poole said.   “As the governor and others have said, Kelly Butler set a high bar for dedicated service, integrity and transparency during his 30-plus years of public service. “I am grateful to have Kelly’s full support going forward which will help ensure a smooth transition.”

In 2019, Poole was instrumental in the crafting and securing passage of what is known as Rebuild Alabama, which in two years, has appropriated $295 million to the Alabama Department of Transportation (ALDOT) projects on the state highway system. He was also the sponsor of the Alabama Incentives Modernization Act, a critical law focused upon making the state more attractive to tech-based companies and entrepreneurs. He currently serves as chair of the Tuscaloosa County Legislation Committee.

Poole and his wife, Niccole, have three children. 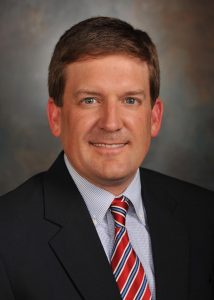