HUNTSVILLE – Governor Kay Ivey on Thursday joined executives of DaikyoNishikawa US (DNUS) and local leaders at a groundbreaking event to officially launch construction on the auto supplier’s $110 million manufacturing plant in North Alabama.

This afternoon’s groundbreaking ceremony was held at the site on the MTMUS campus where construction crews are poised to begin work on DNUS’ first U.S. manufacturing plant.

“I’m proud to welcome another great Japanese company, DaikyoNishikawa, to Sweet Home Alabama, and I know that together we will build a lasting partnership,” Governor Ivey said. “Today marks another pivotal moment for Huntsville as it becomes the next vital production hub for the global auto industry.”

In May, DNUS became the first supplier to announce plans to locate a facility on the site of the Mazda Toyota joint venture assembly plant, which will have the capacity to produce up to 300,000 vehicles annually.

“As our first manufacturing facility in North America, DNUS is proud to serve Mazda Toyota and call Huntsville our new home,” said Nariaki Uchida, president of DaikyoNishikawa Corporation. “Together with our business and community partners, our aim is to be a good corporate neighbor and a premiere Tier I automotive supplier.”

By establishing its first North American facility in Huntsville, DNC aims to maximize its business opportunities by further strengthening relationships with major customers.

Construction on the 3.1 million-square-foot MTMUS facility is well under way, with as many as 2,500 construction workers expected on the Limestone County site this summer. The Mazda-Toyota partnership is investing $1.6 billion to open the Huntsville assembly plant, which will employ up to 4,000 people.

Once the DNUS facility begins operations to coincide with the start of MTMUS vehicle production in 2021, DNUS’s Alabama workforce will manufacture large resin parts such as bumpers and instrument panels for the automakers.

“By selecting Alabama as the site for its first U.S. manufacturing facility, DaikyoNishikawa joins a long list of world-class Japanese companies with growing operations in the state,” said Greg Canfield, secretary of the Alabama Department of Commerce. “We look forward to working with this high-caliber company to assemble a workforce in Huntsville that can fuel its growth plans.”

DNUS has started hiring qualified candidates. Individuals who are interested in applying for open positions at DNUS can visit the following links for more information:

The DNUS project represents one of the largest in a string of supplier announcements tied to the MTMUS assembly plant in 2019. So far, a total of five MTMUS suppliers have pinpointed sites in North Alabama for production locations that will create almost 1,700 new auto-sector jobs, most of them in Huntsville.

“DaikyoNishikawa is a key manufacturer in the growing cluster of Tier 1 automotive suppliers for MTMUS, and we’re excited to provide the skilled workers for this high-performing auto industry leader,” ​Huntsville Mayor Tommy Battle said.

Hiroshima, Japan-based DaikyoNishikawa operates about a dozen R&D centers and manufacturing plants in its home country, as well as production sites in Mexico, Thailand, Indonesia and China. The company employs more than 5,000 people across these sites.

With roots stretching back to the early 1950s, DaikyoNishikawa supplies plastic parts to many major automakers based in Japan, including Mazda and Toyota. 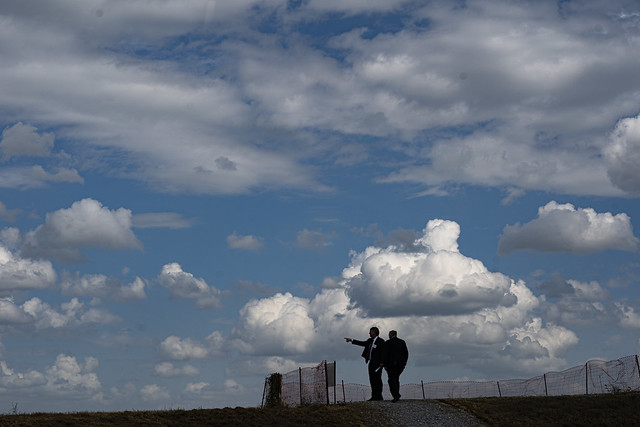 © 2020 Office of the Governor of Alabama