MONTGOMERY — Governor Kay Ivey launched the year of Alabama’s bicentennial at the Alabama State Capitol on Friday, saying it will be a year to celebrate and educate.
“We have an opportunity in front of us, and just as Alabamians have done for the past 199 years, we will make the most of that opportunity,” Governor Ivey said. “Alabama is defined by its people. It’s that simple.  As we near our state’s bicentennial, we recognize that our story of success is told by our people. And that is who we are celebrating: the Alabamians who got us here, all the men and women across our state today and the future generations of Alabamians who will help take us to even greater heights.”
Children from Pell City’s Eden Elementary joined Ivey and Alabama Senator Arthur Orr, Chairman of the Alabama Bicentennial Committee, in previewing some of the more than 400 Bicentennial events that will take place before the bicentennial’s culmination on December 14, 2019 in Montgomery.  Two hundred schools across the state have been selected as Alabama Bicentennial Schools and are putting on bicentennial projects.
Although there are hundreds of public events, Orr said the bicentennial celebration is also having a huge but more subtle impact on Alabama, from its largest cities to its smallest communities.
“It’s not just celebrations and festivals,” Orr said. “It’s almost impossible to estimate how many thousands of Alabamians are learning more about the state’s history through touring exhibitions, the journeys they are making using the Alabama PastPort book and app, or through the thousand teachers who will have been instructed on ways to teach Alabama history by the end of the Bicentennial.”
Coca-Cola was on hand Friday to introduce its Alabama Bicentennial Commemorative bottle at the event. Children had their pictures made with Coca-Cola’s famous polar bear icon before the press conference began.
A list of some of the key upcoming events was made available at the announcement.
During the next 365 days, 225 cities, towns and communities across the state will hold more than 400 events.
The events include everything from celebrating the 50th anniversary of Alabama’s role in landing a man on the moon to revealing a replica that will show modern Alabamians for the first time what the state’s first capitol looked like in Old Cahawba.
There will be a release of a U.S. Postal Service Alabama Bicentennial forever stamp, special concerts throughout the state, a Native American Bicentennial event in Moundville, the opening of Huntsville’s newly renovated Constitution Village, a tour involving Alabama’s most important documents, events honoring Alabama veterans and the culmination of the year-long celebration in Montgomery with the dedication of the Bicentennial Park in front of the Capitol.
###
For more information, call the Alabama Bicentennial Commission at 334-242-4537.  For photos from the press conference and more information on Bicentennial events, log on to http://bit.ly/2rzmAL200.
Photo Gallery: 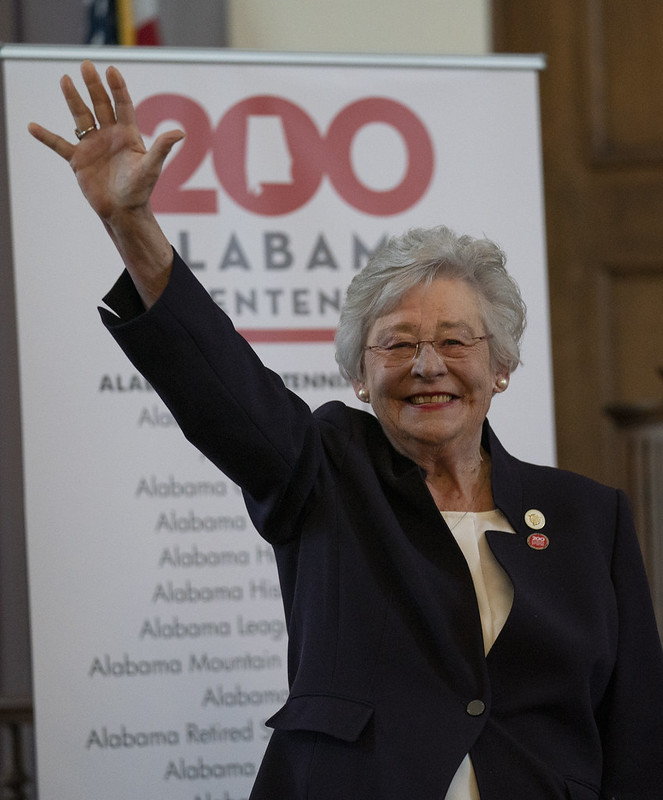