MONTGOMERY – Governor Kay Ivey announced today that Alabama’s preliminary, seasonally adjusted September unemployment rate is 3.8%, down from August’s rate of 4.2%, and well below September 2016’s rate of 6.0%.  The last time Alabama’s unemployment rate was this low was in April 2007, when it also measured 3.8%, the lowest rate in recorded history.
“We’ve been working extremely hard over the past six months to bring Alabama’s unemployment rate down, and today’s news shows that our efforts are paying off,” Governor Ivey said. “This is truly a historic day, as we announce that Alabama’s unemployment rate is the lowest it has ever been. When it comes to job creation, we are doing the right thing and momentum is on our side in Alabama. But, we won’t let up and we will continue recruiting new businesses and encouraging existing firms to expand. We can’t and won’t slow down just because we’ve reached this milestone.”
2,068,594 people were counted as employed in September, compared to 2,057,360 in August, and 2,045,762 in September 2016. September’s rate represents 82,678 unemployed persons, compared to 90,756 in August and 131,201 in September 2016.
“Nearly 23,000 more people are working now than last year and the number of unemployed is down by almost 50,000. Those numbers represent real workers, with real families, and indicate real progress in our economy,” said Alabama Labor Secretary Fitzgerald Washington. “Alabama’s employers continue to add jobs, supporting more than 2,011,000 positions this month, beating yearly job growth projections by 28,400 only nine months into the year. We remain hopeful that this wonderful progress continues throughout the rest of the year.”
Wage and salary employment increased in September by 7,100.  Monthly gains were seen in the government sector (+5,900), the trade, transportation, and utilities sector (+2,800), and the construction sector (+1,200), among others.  Over the year, wage and salary employment increased 28,400, with gains in the leisure and hospitality sector (+7,400), the professional and business services sector (+6,600), and the construction sector (+6,300), among others.
“All 67 counties experienced drops in their unemployment rates, both over the year and over the month, and for the first time in a decade, no county has a rate in the double digits,” said Washington.
Counties with the lowest unemployment rates are: Shelby County at 2.4%, Marshall and Cullman Counties at 2.8%, and Madison, Lee, and Elmore Counties at 2.9%.  Counties with the highest unemployment rates are: Wilcox County at 8.9%, Clarke County at 6.7%, and Dallas County at 6.3%.
Major cities with the lowest unemployment rates are: Vestavia Hills at 2.2%, Alabaster and Homewood at 2.3%, and Hoover at 2.4%.  Major cities with the highest unemployment rates are: Selma at 7.0%, Prichard at 6.4%, and Bessemer at 4.7%.
September 2017 City Rates
September 2017 County Rates
September 2017 County Map
###
Members of the media seeking more information should contact Department of Labor Communications Director Tara Hutchison at (334) 242-8616.
“Seasonal adjustment” refers to BLS’s practice of anticipating certain trends in the labor force, such as hiring during the holidays or the surge in the labor force when students graduate in the spring, and removing their effects to the civilian labor force.
The Current Population (CPS), or the household survey, is conducted by the Census Bureau and identifies members of the work force and measures how many people are working or looking for work.
The establishment survey, which is conducted by the Bureau of Labor Statistics (BLS), a division of the U.S. Department of Labor, surveys employers to measure how many jobs are in the economy.  This is also referred to as wage and salary employment.
Photo Gallery: 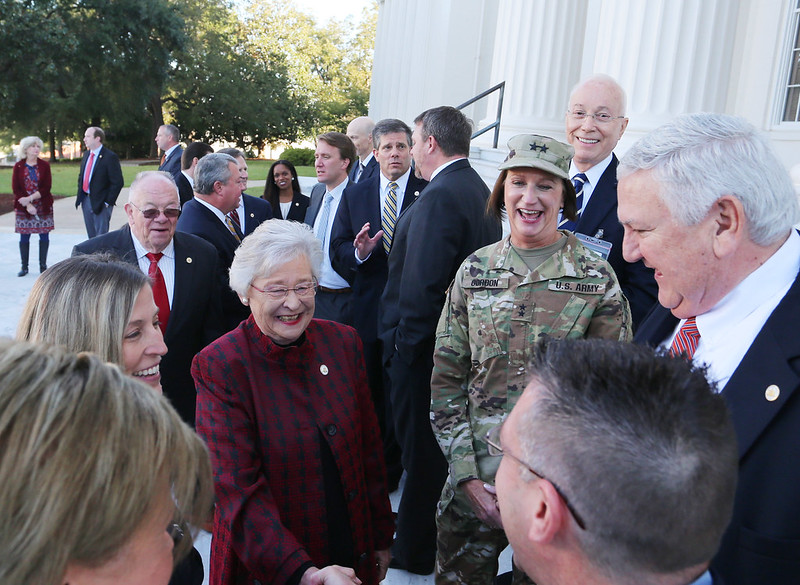