OPELIKA – Governor Kay Ivey attended a ribbon cutting today recognizing the completion of a significant expansion project at the Baxter manufacturing facility in Opelika. The expansion brings the total current size of the Opelika facility to 400,000 square feet, roughly the size of seven football fields. Three years ago, Baxter broke ground on the $270 million project that added four production lines and 230,000 square feet.
Prior to the project’s commencement in 2014, there were 170 people working in Baxter’s Opelika plant. This expansion will more than double that number to over 350 employees. Ninety-six full-time, permanent jobs have already been filled, with nearly 90 more to be added over the next few years. These jobs include positions in facility, lab and utility management; environmental health and safety; quality assurance; and production.
“When I became Governor in April, I promised to create job opportunities for all Alabamians. While we’ve seen our unemployment rate decline for four consecutive months, my desire is for every Alabamian who wants a job to have a job; one that is good-paying and for which they are well qualified,” Governor Ivey said. “I join Baxter in not only celebrating new jobs, but also in the fact that a business which already calls Alabama home is succeeding and expanding. I don’t want businesses in Alabama just to survive, but to thrive. I’m thankful Baxter continues to invest in our great State, and I’m proud that their products made right here in Opelika help to save and sustain lives around the world.”
Baxter’s expansion in Opelika helps address the demand for treatment for people with end-stage renal disease. For more than 2.8 million patients worldwide with end-stage renal disease, dialysis is used to remove waste and excess fluid from the body. Baxter’s Opelika plant uses advanced production technologies to manufacture dialyzers that are critical in one modality of treatment called hemodialysis.
“This expansion more than doubles both the physical size and number of employees in Baxter’s Opelika facility, allowing us to increase the production of life-sustaining dialyzers we produce for patients with end-stage renal disease,” Baxter Opelika plant manager Rosalyn Rivera-Valentin said. “This project was also an investment in the community where our employees live and work, and will ultimately support the hiring of more than 180 workers locally. We appreciate the collaboration with both state and local officials as well as the many other partners who were key to the success of this expansion.”
Baxter’s expansion was the result of public-private partnership between the company and state and local entities. Incentives for Baxter’s expansion in Opelika included state and local property and sales tax abatements, as well as state funds for site preparations and worker recruitment, screening and training.
“We are fortunate to have a global leader like Baxter committed to our community. The investment in both the facility and in our people only helps to strengthen our local economy,” Mayor Gary Fuller said. “We are excited to continue our relationship with an organization that is leading the way in life-saving technologies for kidney patients.”
About Baxter
Baxter provides a broad portfolio of essential renal and hospital products, including home, acute and in-center dialysis; sterile IV solutions; infusion systems and devices; parenteral nutrition; surgery products and anesthetics; and pharmacy automation, software and services. The company’s global footprint and the critical nature of its products and services play a key role in expanding access to healthcare in emerging and developed countries. Baxter’s employees worldwide are building upon the company’s rich heritage of medical breakthroughs to advance the next generation of healthcare innovations that enable patient care.
###
Photo Gallery: 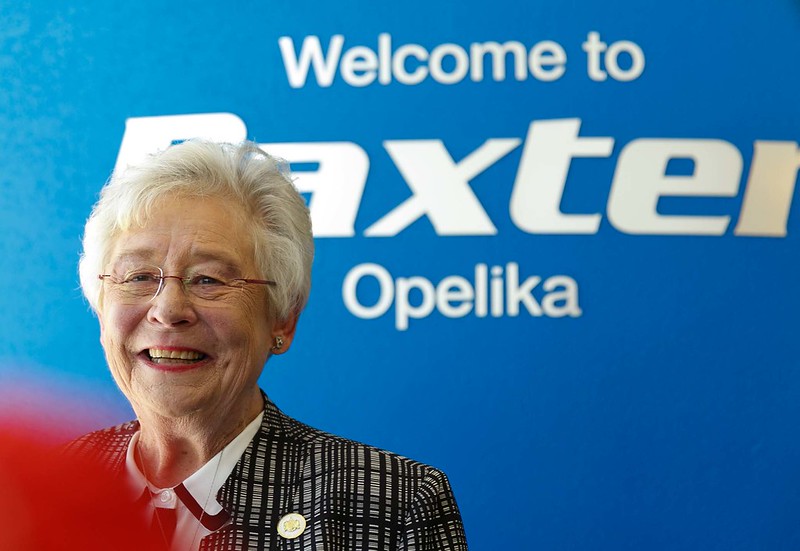